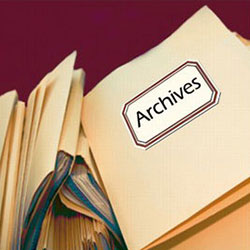 The Queen’s IRC archive revitalization project has been unveiled.  The goal of the project, driven by Queen’s IRC Director Paul Juniper, was to digitize archive publications to make them available to the public once again.

“I am excited to be able to share our IRC research and publication history in a new and accessible way,” said Juniper.

Throughout its rich history, Queen’s IRC has enjoyed a long-standing tradition of research excellence in the field of labour relations and human resources. For many years, the IRC operated the IRC Press, which was committed to creating, promoting, and disseminating knowledge about the world of work.

Today, Queen’s IRC primarily releases its practitioner-focused research online, but as a former publishing house, the IRC holds hundreds of publications in their archive.  In 2011, the IRC began a project to digitize some of the “lost” print copies of articles, papers, case studies, and interviews in the collection. During the digitization process, archive articles were carefully selected, scanned, converted, and reformatted digitally.  When the newly redesigned Queen’s IRC website launched in July 2013, they began to share these resources online.

“We have added these papers to the hundreds of resources available on our website,” said Juniper.  From George Adams’ Negotiation: Why Do We Do It Like We Do? to Diane Patterson’s First Contract Arbitration in Ontario: An Evaluation of the Early Experience, these documents will help students, practitioners, and life-long learners understand the context of where we came from and how we got to where we are today.

Archive documents can be found in the Research and Resources section of the Queen’s IRC website. More documents are being added on a monthly basis.

Queen’s IRC is also launching a “Flashback Feature”, which will appear in its newsletters, and will highlight an article from the archives that has recently been digitized.