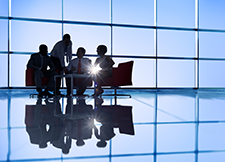 The intrinsic characteristics of transformational leaders, as described by Dixon (1998), are the main drivers behind effective behaviours. Dixon’s study revealed that a leader’s behaviour is influenced by four factors: self confidence, integrity, honesty, and personal values. The primary driving force behind effective performance is the leader’s ability to connect his or her life experiences with transformational behaviours. Once such connection is established, it leads to external transformation, resulting in organizational transformation. For example, when a leader starts to believe that his work can make a difference; his intentions transcend beyond personal motives and are geared towards the greater good.

Transformational leadership focuses on people (Burke, Stagl, Klein, Goodwin, Salas and Halpin, 2006). Bass (1990) explains that such leadership motivates in followers; it moves people beyond self-interests and allows them to focus on the good of the group or society (Stewart, 2006). Transformational leaders are able to articulate an appealing vision of the future by communicating ideologies and leading through example. This leadership tends to improve the team’s morale and motivates the team members (Stewart).

In summation, a transformational leader is able to motivate his followers, to strive for excellence without the use of power or authority, by inspiring them through his passion and deep thinking.

In contrast with a transformational leader, a transactional leader accomplishes goals by rewarding employees who meet expectations (Bass, 1990). These rewards come in the form of recognition, pay increases, and advancement. Employees who fail to perform per expectations, however, are penalized. Such transactions or exchanges – the promise of reward for good performance, and discipline for poor performance – characterizes effective transactional leadership (Bass, Avolio, Jung and Berson, 2003). Hence, transactional leadership becomes less appealing and appears mediocre when the leader relies heavily on passive management by exception. Management by exception is, “when leaders transact with followers by focusing on mistakes, delaying decisions, or avoiding intervening until something has gone wrong, or rewards focused on recognizing the work accomplished” (Howell & Avolio, p. 892). This implies that the leader only interacts with his followers when expectations are not met and standards and procedures not followed (Bass, 1990)

Since transactional leadership is based on a system of rewards and penalties, it does not offer much in terms of inspiration, to motivate people to go beyond the basics. Given this fact, the followers of transactional leaders might get complacent and develop a tendency to achieve minimal expectations only that would help them avoid penalties (Bass, 1990). Thus, the leader and the follower are in an agreement on what the follower would receive upon achieving the negotiated level of performance (Bass, 1990). The success of such leadership depends on the level of satisfaction the leader and followers have in following this system of performance based appraisals (Bass, 1990).

A study conducted by Howell and Avolio (1993) confirms that contingent reward leadership has a negative impact on the followers’ performance. Contingent reward is viewed as “an active and positive exchange between leaders and followers whereby followers are awarded for accomplishing agreed upon objective” (p. 892). If managers do not effectively follow-up on the contingent reward promises, thereby displaying behavioural inconsistency, they are viewed as ineffective leaders. Furthermore, research (Howell and Avolio, 1993). suggests that the level of contingent reward leadership is dependent on organizational context and settings. For example, an organization undergoing change might suffer from a transactional leadership style (Howell and Avolio, 1993). The penalties, awarded in such a system of managing by exception, have a negative impact on performance and satisfaction (Bass, no date). This stems from the fact the leader passively awaits problems before taking any action. By following this strategy, the leader ensures that corrective action is taken when required and in doing so he reinforces the roles and expectations for the followers. Hence, this behaviour represents an important aspect of transactional leadership (Bass, 1990)

As can be seen, a transactional leader relies heavily on power and authority to lead his members. Power play and the use of a “reward and penalty” system thus play an integral role in such a leadership style. As discussed through various researches, transactional leadership measures are not so effective and in most cases can de-motivate employees.

Transactional leaders make use of reward and coercive power, whereas transformational leaders use referent power as well as reward power. Reward power is described as, “target’s perception of the agent’s ability to control valued organizational rewards and resources” (Jayasingam, Ansari, & Jantan, 2009, p. 137). As Locke (1986) contends, if a manager rewards employees by making effective use of power by rewarding employees who are taking on more responsibility in an empowered fashion, this should be viewed positively because people are rewarded for taking action and being empowered to make decisions (p. 98). Therefore, when employees take initiative in the organization, they are rewarded. In contrast, under a transactional leadership style, being awarded for performing as per expectations leaves no motivation to go beyond the call of duty.

Coercive power is based on “the target’s perception that the agent has the ability to inflict various organizational punishments” (Jayasingam, et al, 2009, p. 137). From my experience, transactional leaders are more likely to adopt coercive power. Jayasingam et al. (2009), mention that coercive power has been linked with ineffective leadership. Working in fear of losing one’s job, or fear or demotion, only makes an employee ineffective and unproductive because the employee spends most of his/her time worrying about the consequences if the expectations of the leaders are not met.

The Effectiveness of Transformational Leadership

A study conducted by Lowe, Kroeck, and Sivasubramaniam (1996) acknowledges the positive impact that transformational leadership can have on work unit effectiveness. These authors noted that transformational leadership has an equal impact on employees at all levels within the organization. Accordingly, it is imperative that frontline leaders, such as shift supervisors, understand the impact that they can have on their unit’s effectiveness. These leaders need to provide their subordinates with individual consideration, as well as intellectual stimulus that would enhance the collective morale (Lowe, et. al). Hence, by relying on their intimate knowledge of the process, and by engaging individuals of their units, these frontline leaders can improve work effectiveness and productivity of their respective units (Lowe et. al, 1996).

As mentioned by Griffith (2004), leadership and turnover are directly related such that employee satisfaction stems from the work environment, including satisfaction with the leader (Wells & Peachey, 2010). If an employee has a close working relationship and is satisfied with his or her leader, leaving the company would be less likely as there would be a psychological loss involved (Mossholder et al., 2005). As discussed earlier, transformational leaders are able to engage their followers into a more meaningful and satisfying relationship, hence lowering the follower’s intent to leave (Wells & Peachey, 2010).