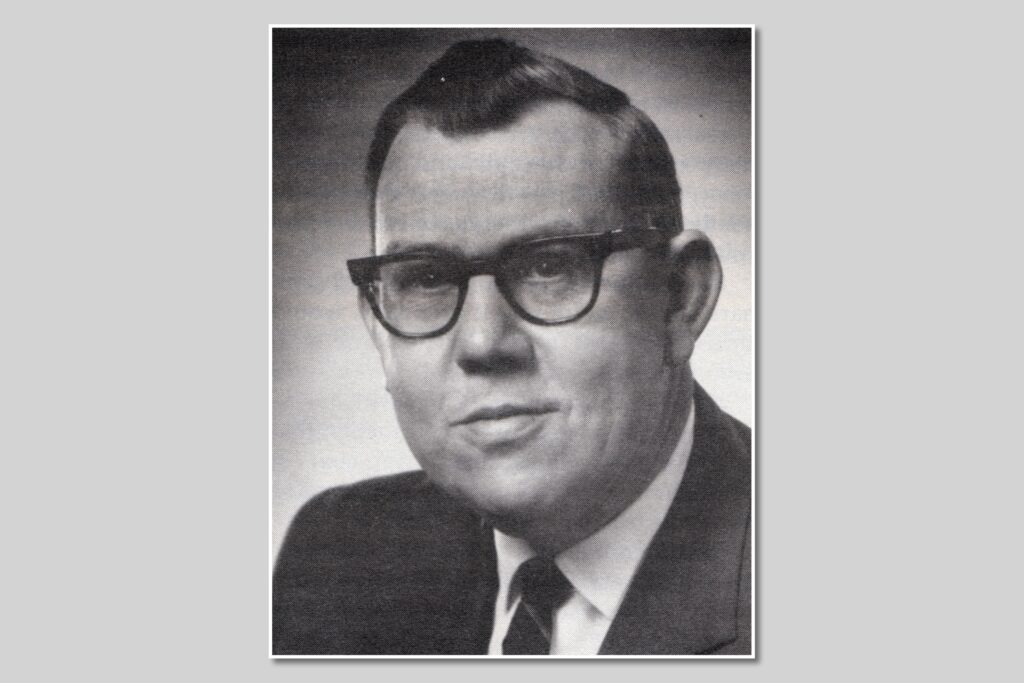 Dr. Don Wood was the Director of the Queen’s Industrial Relations Centre (IRC) from 1960 to 1985. The W. Donald Wood Visiting Lectureship was established in 1987 by many of Don’s friends to honour his dedication to building the IRC. The IRC is internationally recognized for its outstanding research and continuing education programs, and for his many contributions to the wider industrial relations community in Canada and abroad. The Don Wood Visiting Lectureship brings to Queen’s University each year “a distinguished individual who has made an important contribution to industrial relations in Canada, or in other countries.”

Known as “Canada’s Dean of Industrial Relations,” Dr. Wood was well-known and much appreciated for his work in bringing together academics and practitioners and closing the gap between the academic world and the professional practice of industrial relations (IR). This reflects the dual focus of his own experience. After serving in the Royal Canadian Air Force during World War II, Dr. Wood studied economics at McMaster and Queen’s Universities and then at Princeton University, where he was awarded a scholarship and completed a Ph.D. thesis on white-collar unionism. He subsequently gained practical experience as Director of Employee Relations Research at Imperial Oil for five years.

Dr. Wood came to Queen’s University as a professor of economics and served as Director of the Queen’s IRC from 1960 to 1985. During this period, Dr. Wood built a world-renowned research and training institution, one that thrived while other industrial relations centres in Canada folded. He pioneered his continuing education program for human resources managers on employee-employer relationships. He helped shape public policy through his research and publications program, informing debate on key issues such as wage price controls in 1975 and surveying developments and trends in the IR field, and his participation on many federal and provincial task forces. He also assembled a remarkable IR library.

As Founding Director of the School of Industrial Relations at Queen’s University from 1983 to 1985, he created and guided the early development of the new multi-disciplinary Master of Industrial Relations program, which continues as one of Canada’s most respected programs in this field. Following his retirement in 1985, Dr. Wood ran the IRC’s Continuing Education Program for five years, and led training seminars well into the 1990s. His talent for bringing together leading authorities from industry, unions, government, universities and consulting firms for programs enriched the education of IR students across Canada, and internationally. It continues to inspire those involved in IR education and research today.

The Honourable Warren K. Winkler (2010)
Chief Justice of Ontario
Labour Arbitration and Conflict Resolution – Back to our Roots

Linda Duxbury (2004)
Sprott School of Business, Carleton University
Issues in the Workplace: Standing Still is Not an Option