3 Bad Habits that Impede Successful Conflict Resolution in the Workplace 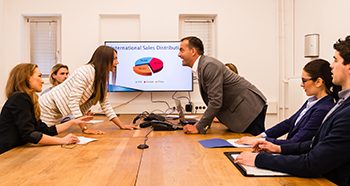 A habit can be defined as a “usual manner of behavior.” But what I know about conflict is that there is often nothing “usual” about it. What happens to those of us who support others in conflict is that we tend to reach for the same set of tools each time, although we often are trying to solve very different problems. Even with the best of intentions, these habits can result in frustration, shallow or even bad resolutions, and won’t meet the needs of the people in conflict. Here are some common habits when dealing with conflict and what can be done to overcome them.

Habit #1: Intervening With the Wrong Process

When problems, disputes, and conflicts arise, we habitually fall back on solutions that have worked in the past, or processes and policies with which we are comfortable. But using the same set of tools to help resolve all conflicts can’t take care of every job in our organizations any more than a hammer can fix a broken dishwasher.

Here are some examples and potential pitfalls:

Interventions in conflict can do damage in some cases, when done inappropriately or ineffectively. Often, the best of intentions can lead to anything but the best outcomes.

Bernard Mayer, a prominent conflict writer and practitioner, writes, “the conflict resolution field has too often failed to address conflict in a profound or powerful way” and “this doesn’t mean abandoning old rules; rather, it means building on them and dramatically expanding what we offer to people in conflict.” (Mayer, Beyond Neutrality, 3). There are so many roles that great leaders, managers, human resource professionals, union representatives, etc. can play when problems arise between people.

I have been a part of conflicts where there was one difficult question that really needed to be asked. When the question was finally asked, it served as an intervention that led to resolution and even transformation; this can even occur after failed mediation sessions. Having a well-developed and broad spectrum of strategies and tools is helpful in addressing conflict in a tailored, appropriate way.

Many people are unfamiliar with conflict processes, formal or informal. This is the case even when processes are agreed-upon terms of a contract or are part of an organization’s regular system for handling conflict. It can become a habit to use the standard conflict resolution process rather than spending the time to assess and ask the difficult questions to know what intervention they want and need.

Early on in my conflict career, a mentor once told me how she would often get calls asking for a mediator. They would explain the problem to her (people who aren’t versed in conflict resolution rarely portray their problems or issues as “conflicts”) and she would immediately start to ask them questions to better understand the story being told. The responses sometimes led her to the use of mediation. Sometimes though they led to her implementing some training for the organization, combined with a localized mediation for parties that might need and want it, and the establishment of some new processes to support the organization in the management of future conflict. Other times, the responses to her questions led her down a totally different path. No prescription was exactly the same, even if there were common strains among these organizational conflicts. Each intake conversation for a conflict led to a unique intervention or series of interventions to help the party or parties move forward.

Fostering good outcomes takes deliberative work that treats each conflict as something that can be understood better through best practices and a thorough attempt to assess the unique conflict at hand. Diving into well-developed tools, like the Wheel of Conflict (Bernard Mayer) and features of basic assessment outlined by Susskind and Jennifer Thomas-Larmer, partnered with curiosity and good communication skills, can help us to better understand all of the dynamics of a particular conflict. Then we can identify the best intervention to positively affect that particular conflict or problem and the people involved.

A harmed party may demand a certain process for handling a dispute. A friend or colleague may have gone that route before or they might want to use a process that was mentioned at a recent union meeting. Slowing down and doing an assessment before jumping into a process, even ones that the parties might be adamant that they need, is the first and most important step before jumping into an intervention.

Habit #3: Implementing a Process the Parties Do Not Understand

Sometimes conflict processes within organizations are so understood by those implementing them that they often leave the conflict parties in the dust. Meaning, the people in conflict feel like they are having processes done “to” them instead of “with” them. Time is limited (e.g. we only have two hours for this mediation session) and so we jump into the thick of it. As a result, people can feel uninformed, unsafe, and unsure about the process and consequently, they may not trust the outcome. This doesn’t mean that our processes have to be easy for people or not include consequences when legitimate wrongdoing has occurred. It just means that educating them and checking in with them before, during, and after processes is part of implementing good conflict interventions. This is how we can do processes “with” people.

I liken this to a doctor’s visit. It is much better to know what a doctor is doing to us when poking and prodding so that we understand the follow-up visits, the lab orders, and the after-care instructions. When people are in conflict, whether they present themselves as the victims or offenders, they are uncertain and maybe even a bit afraid. Part of supporting people through conflict is ensuring that they understand the process, and that we are modifying our processes to better suit their needs. Imagine asking someone working through coaching or a mediation, “How is this working for you?” and “How can I make this work better for you?”

In addition to informing those in conflict about the processes being undertaken, being nimble and adapting our processes to work for the parties can be essential in working through conflicts.

We all know that bad habits are easy to form and hard to correct. It takes time and practice to develop the skills and the habits that lead to good results. To get started:

By taking these steps, you can maximize opportunities to resolve conflict and reach better outcomes, while also promoting more effective engagement in conflict and within teams (or with coworkers) on a daily basis.

Joan is a facilitator for the Queen’s IRC Strategies for Workplace Conflicts program. Joan Sabott is a practitioner, consultant, trainer, teacher, and coach in conflict engagement and resolution. Currently, she is an adjunct faculty at Creighton University in Omaha, NE, USA, on leadership and conflict. Joan is an Affiliated Practitioner and former Senior Program Manager with The Langdon Group. She has consulted on various projects in the organizational sector for businesses and public agencies, and on environmental projects in the substantive areas of water, transportation, and land use and planning. From one day (or hour) to the next, she is mediating, facilitating, coaching, advocating and providing impromptu training sessions on conflict-related topics. Joan holds a B.S.B.A. in History, a Certificate in Secondary Education, and a Masters in Negotiation and Dispute Resolution, all from Creighton University.

Mayer, B. S. (2012). The Dynamics of Conflict: A Guide to Engagement and Intervention. San Francisco, CA: Jossey-Bass.